A schoolgirl has become Britain’s youngest town crier – at the tender age of eight.
Evie Cloy found herself in with a shout when she turned up to a contest to find the next ‘bellman’ for the seaside town of Creetown in Dumfries.
The town has been without a crier since 1962, when WW1 veteran James Blake died at the age of 74 after 33 years of service.

But not a single adult took part in the competition to find a successor, so up stepped Evie – with a very direct bid for the job. Looking the judges straight in the eye, she took a breath and yelled: “My name is Evie Cloy and I want to be the next town crier of Creetown.”

One of the panel, Allan Lowden, the town crier from nearby Gatehouse, said: “Evie might have been the smallest contestant but she definitely had the biggest voice.” The youngster, who has been given a hand-made ceremonial jacket and will be appearing in the town over the next few months, said:  ”I’m really pleased. There hasn’t been a town crier in Creetown for 51 years so I love my new job. “I was a bit nervous but once I started shouting I felt better.  I’m quite glad no grown-ups wanted the job.”
Her proud dad David, 45, said: “She’ll be making announcements at local events and fetes.
“There were two categories in the competition, over-16s and under-16s, but nobody over 16 turned up.  It seems like the youngsters were more interested in it. “Evie’s chuffed.  Her little sister Katie, who’s five, was very excited about the competition but was a bit too shy to take part.”

Organiser Will Levi Marshall said: “It’s great that Creetown finally has a town crier again after all these years and we’re delighted that Evie will be doing the honours. “Recently we’ve been exploring different methods of communications throughout Creetown’s history, including flags, the ancient ferry route to Wigtown, flares, bell casting and, of course, reviving the tradition of the Town Crier.”
James Blake, Creetown’s last town crier, was something of a local legend. After his death in 1962,  his obituary recorded that “as a bellman he had few equals, his fine resonant voice often being heard a mile away and visitors to Creetown often stared in amazement when they met him on his rounds.”
Posted by The Stove at 21:23 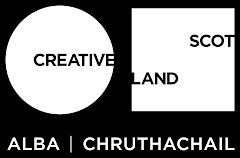 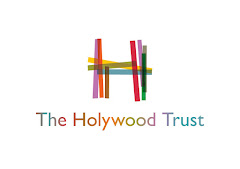